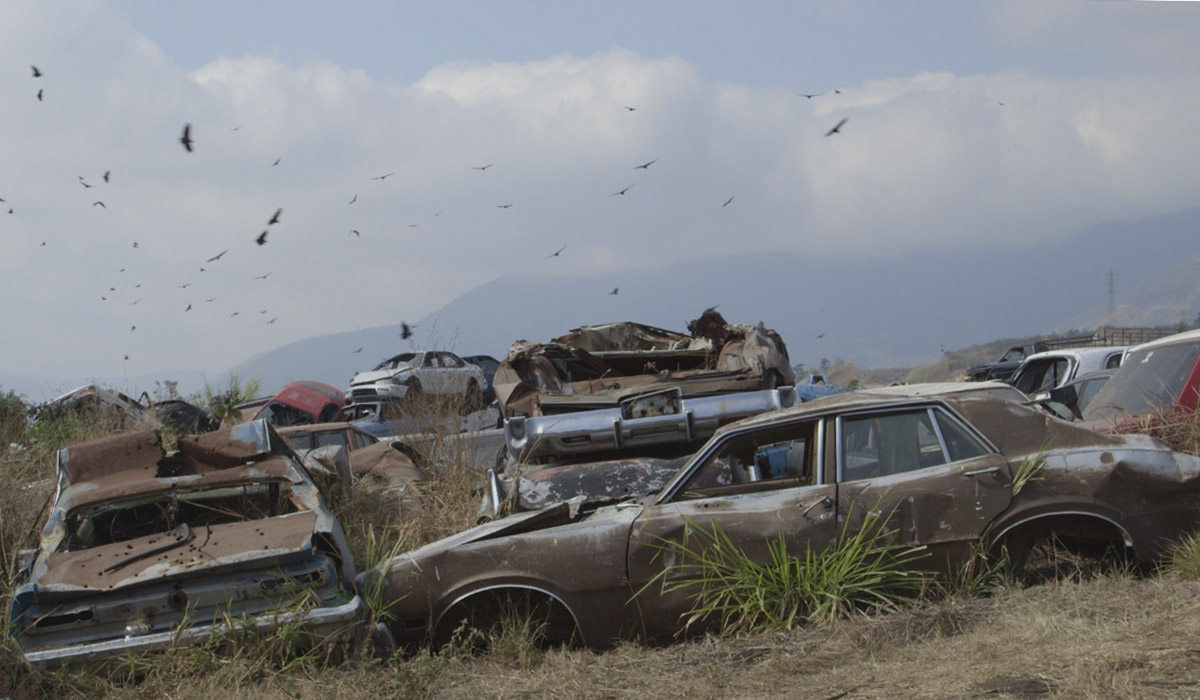 THE SILENCE OF THE MOLE

The name Guatemala may call to mind banana republic and democracy, but the repressive military regime which ruled Guatemala in the 1970’s and 80’s was anything but democratic.

It is against this backdrop that “The Silence of the Mole”, director Anais Taracena’s tale of how journalist Elías Barahona, a.k.a. “The Mole”, infiltrated this secretive regime in the 1970’s to penetrate the wall of silence by working in the office of the murderous psychopath who was the minister in charge of the police.

The story begins with Elias’ testimony before a human rights tribunal, exposing this reign of terror a couple weeks before his death. Freedom of speech was suppressed, and anyone, especially journalists, who dared speak out against the government lived in fear of their lives, for they would be brutally silenced. Anyone involved in the clandestine fight against this oppression learnt to live anonymously, to sleep fully dressed, to wear their shoes to bed, to be ready to run if the police came knocking. Elias took many of his secrets to the grave, but his story is told by those who survived the reign of terror, because of Elias’ silent warning of their imminent arrest.

Belizean viewers may have a greater appreciation of the freedoms we enjoy in Belize’s democracy, where the Q’eqchi’ and Mopan Maya’s fight for their traditional land rights has been upheld by the highest courts in the land. Not so for their Maya brothers across the border, who felt the jackboot of oppression from the Guatemalan army.

Half a million rural peasants had benefited from President Jacobo Arbenz’s socialist agrarian reform, but he ran afoul of the United Fruit Company, and Arbenz was deposed in a military cup supported by the United States’ Central Intelligence Agency in 1954. What followed was 30 years of civil war in which 30,000 Guatemalans simply “disappeared” after right-wing “death squads” dragged them out of their homes in the middle of the night, and another 300,000 fled into exile.

The U.S. government feared that communism might gain a foothold in Latin America and propped up Guatemala’s government with military aid, despite their atrocious record on civil rights. In the absence of an external enemy, the Guatemalan army made war against its own Kekchi Maya and other indigenous peoples. This oppressive genocide aimed to obliterate those indigenous peoples accused of subversion against the state.

This film is available for streaming ONLY IN BELIZE during the 2021 BELIZEIFF from Nov. 5th – Nov. 14th.

To Purchase a single ticket (BZ$10) for The Silence of the Mole, go to:
https://caribbeantales-tv.com/orders/customer_info?o=64585