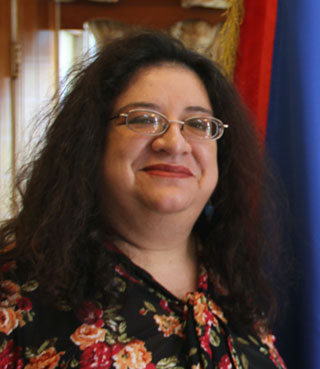 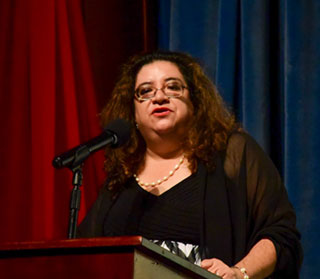 A pioneer of Belize’s television and film industry, Suzette Zayden is a Belizean producer recognized internationally as one of the most passionate advocates for the promotion of Belizean, Caribbean and Central American Cinema through her work with the Belize International Film Festival (BelizeIFF). Since founding BelizeIFF in 2002 she has been its Director, Creative Director and Chief Programmer for all 14 and now 15 editions thus far of this prestigious film event considered to be one of the more important festivals in the Caribbean.

Her formal education includes a MPhil in Screenwriting from the University of Bergen in Norway, a Diploma in Film Production from the world renowned film school of the three worlds, the Escuela Internacional de Cine y Television (EICTV) in San Antonio de Los Baños, Cuba, and a BA in Communications specializing in TV Production from Loyola University in New Orleans, La., USA.

She has worked in the private sector since 1990 primarily as a producer /writer / director of TVCs, infomercials, documentaries and short films and as a producer or director on live television broadcasts of talk shows, entertainment shows and the news. Over the past 20 years she has held various positions with the Government of Belize including Supervisor of the Video Unit at the Belize Arts Council, Coordinator of the Film and Media Arts Unit at the National Institute of Culture and History, and Facilitator of the Belize Film Commission.

In addition to her ongoing work with BelizeIFF, Suzette is also a consultant at the Belize Film Commission and teaches an annual scriptwriting course with John Paul II Jr. College. Her current focus is to work more with writers and animators to develop Belizean screenplays that can contribute to a national cinema and increase skill levels in the animation sector to enable easier regional collaboration on future projects.