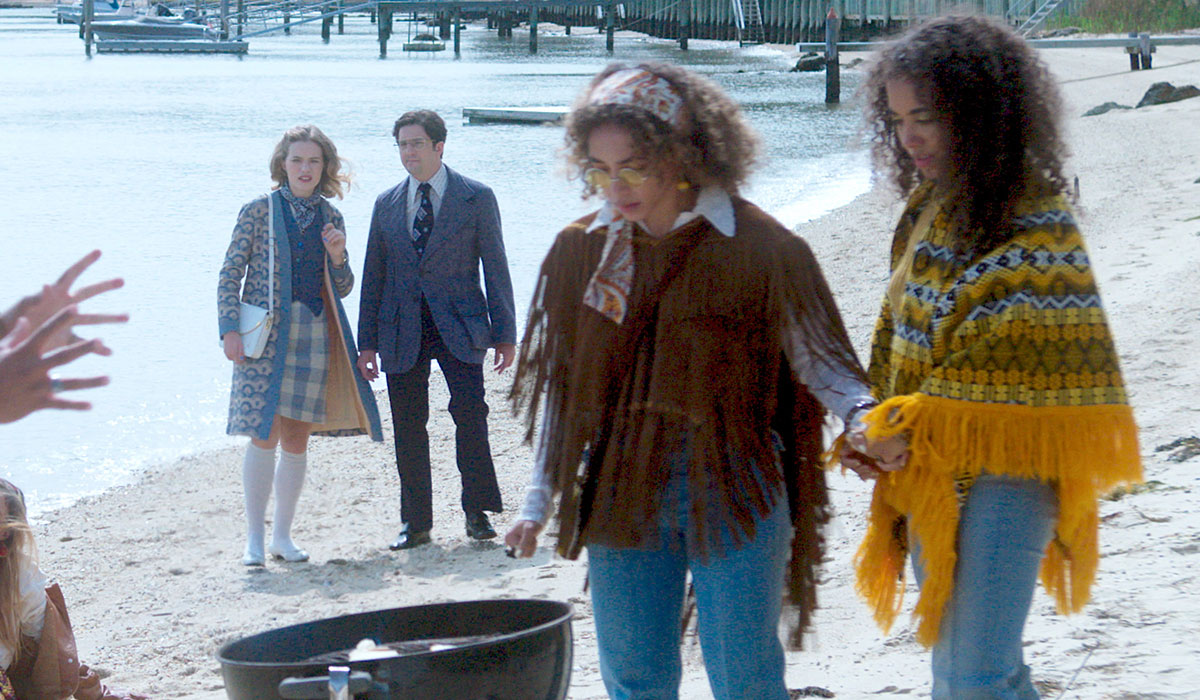 Free speech and freedom of the press have been considered basic tenets of democracy from the American Revolution, so when a young White House stenographer Connie overhears a taped conversation of the U.S. president Richard Nixon discussing illegal acts with his staff in 1974, she feels duty bound to blow the whistle. Director Dan Mirvish’s historical comedy “18 ½” presents a plausible scenario of what happened to the missing 18 and half minutes of the White House tapes in the Watergate scandal. It’s educational and entertaining, with plot twists that build up to an exciting, action-packed ending.

Modern whistle blowers such as Julian Assange of 2006 Wikileaks and the International Consortium of Investigative Journalists (ICIJ) who released the Pandora Papers have not had an easy time of it; even though their disclosures helped to protect our liberties. The young stenographer and her journalist friend Paul Marrow have little better luck when they try to expose the truth. In 1972, typewritten documents were not digitized and not easily copied.

Millennials accustomed to digital media devices have no idea of the lengths to which their grandparents and baby-boomers went for stereo music in their living room. Open reel to reel tape decks were state of the art for stereo audio, the smaller compact cassettes and eight track cassettes were just coming in vogue. So, when the young stenographer wants to share the information of the tape with her journalist friend, whose tape player is broken, they are sent on a scavenger hunt to find a working tape player. They are able to borrow one from a WWII veteran and his French girlfriend, who fortuitously checked into the same motel.

Mirvish’s many subplots paint a tapestry of the Vietnam War era, of conscientious objectors burning their draft cards, women liberationists burning their bras, flower power, ‘free love’ and the layers of intrigue at the White House. But no one anticipates the lengths to which the establishment will go to stop those 18 minutes of tape from reaching public ears, as the movie climaxes in a surprise ending.

BELIZEIFF NOTE:
This film is available for streaming ONLY IN BELIZE during the 2021 BELIZEIFF Nov. 5th – Nov. 14th.