A special little homeless girl (Aguy) travels about the Philippines curing the afflicted with her mysterious healing powers, until one day she befriends a sick old man (Sal) who for some perplexing reason she is unable to cure. The unlikely pair are drawn to each other with both of their lives forever changed by their unique friendship and magical journey together. 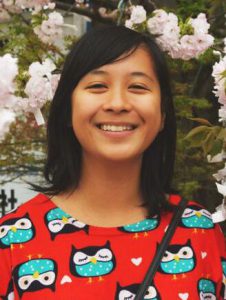 Che Espiritu is a Filipina Writer-Director . She studied Film Production at the University of the Philippines and completed her Film Master’s degree in Florida State University, USA. Being the eldest of five and exposed to educating street children in Manila, Che developed a penchant for children’s stories with magical realism—a marriage of Kiarostami’s neorealism and Miyazaki’s world of the real and surreal. She has recently finished her directorial debut feature, Pan De Salawal, for Cinemalaya Philippine Independent Film Festival 2018. The film won the Special Jury Prize and Best Direction. Che ultimately dreams of becoming one of Asia’s renowned Children’s filmmakers in the future.