SIDES OF A HORN

From Executive Producer Sir Richard Branson, Sides of a Horn is the first film to tell the story of Africa’s poaching war from both sides of the fence. Based on actual events, and filmed in one of the communities most directly impacted by wildlife crime, we follow the journey of two brothers-in-law fighting on opposite sides of Africa’s poaching war. This dramatic short film paints an unbiased portrait of a modern war that is tearing communities apart and driving a prehistoric species to the verge of extinction. 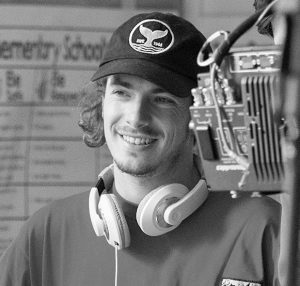 Toby Wosskow is the writer & director of Sides of a Horn. Spending considerable time in the field with the men and women at the heart of Africa’s poaching crisis allowed him to develop every character, story, and line of dialogue from a direct level of truth. It also made it possible to film in the townships impacted by the crisis and in the game reserves that combat poaching on a daily basis. Toby is a British-born, Los Angeles-based filmmaker who has written and directed award-winning commercials and branded content for the likes of BMW, United Nations, FUJIFILM, Oakley, Footlocker, and Nike.