The dying Guatemalan war veteran agrees to accompany a girl searching for information about her grand father, his comrade in arms. Flashbacks show the campaign the men fought in when young. 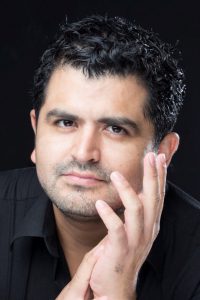 Kenneth Müller is a Guatemalan director who started piano lessons at the age of 10 and became an accomplished pianist by 15. He dropped out of Electronic Engineering at the University del Valle to pursue his career in Filmmaking at the Digital Design University in Guadalajara, Mexico. At the same time he founded Kraftlogic Studios at the age of 17 working for clients like Hewlett Packard, European Union, Megahealth (Mexico), Motorolla, Guatemala Nominee Gay Moreno. In 2015, he won a Netflix Prize for his first feature film, 12 Segundos (12 Seconds). The movie was added to the streaming service for global distribution, making Müller the first Guatemalan filmmaker to release a film internationally with such ample reach in nearly 60 territories. Müller returns with a more personal story, Septiembre un llanto en silencio, 2017. Some other works of Müller are: 2009 Nota Roja (Short) 2006 Soñar Viviendo (Short) 2005 DIHO No (Short)