PANAMA RADIO is the story of two girlfriends and a music store. They worked together from the 1950s to the 80s, during the peak years of recorded music sales, in a store in the center of Panama City, visited by Tito Puente, La Lupe, José José, Celia Cruz, Julio Iglesias and many other stars. It is also an account of the evolution of women’s roles in the post-war labor field in Panama, and of the boom of national orchestras and combos, as told by its two protagonists and popular artists of the times. 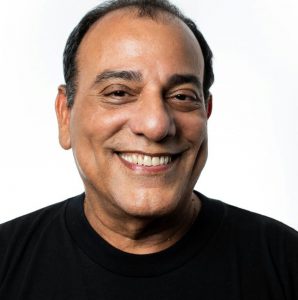 ÉDGAR SOBERÓN TORCHIA (Panama, 1951). While studying in Puerto Rico, I shot student marches with a Super8mm camera. That format took me ten years later to a film workshop with Jean Rouch in Paris. With additional script workshops in Cuba, the electronic image revolution and much luck, I have worked with Stravinsky’s followers, reggaeton singers, woman boxers, Little Red Riding Hood and, now, with the women who sold me vinyl music in my youth. I have no complaints. The gods’ plan has been fair.
Filmography of memory: Le Theater de la Jeune Lune (1981), The Midnight Special (1992), Le sacre du printemps (2004), Talento de barrio(2008), La Yuma (2009), Molina’s Ferozz (2010), La estación seca (2018), Panama Radio (2019).