Amani is a Muslim Pakistani girl. When she moves into her new home, she receives an unexpected gift from her Brazilian neighbour: a bikini. 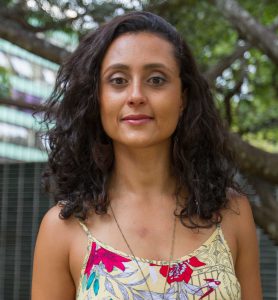 Renata Diniz is a director and screenwriter. She has scripted and directed two award-winning short fiction films. Her latest short film, Amani’s Veil (2019) has won two awards since its debut: Best Screenplay at the Gramado Film Festival and Best Fiction Film by the adult jury at the Florianopolis Children’s Film Festival. Together with Caetano Curi, she directed the series Crias de Dulcina, the first fiction TV series shot in Brasília, through the production company Asa Cine. She also won more than 10 national and international awards for her short film Requília, among them best script and direction at the Brasília Film Festival (Mostra Brasília), best script at the Guarnicê Film Festival, best direction at the San Diego International Kids Film Festival and was a finalist for the Brazil Short Stories Award.