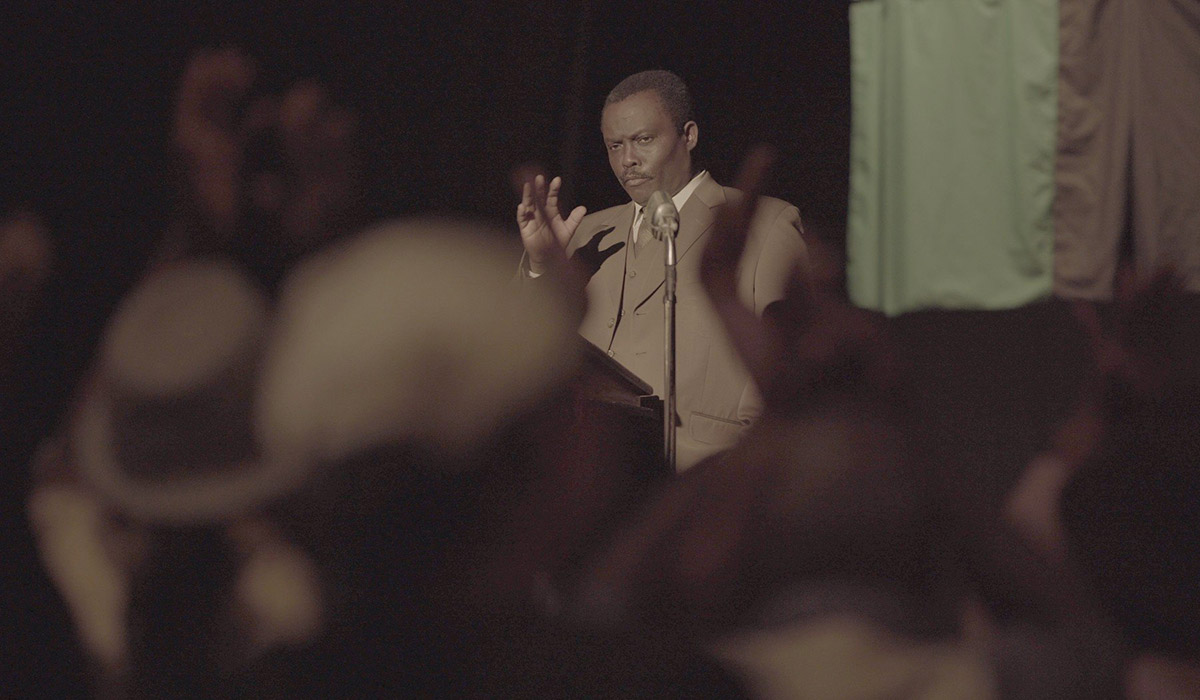 AFRICAN REDEMPTION: THE LIFE AND LEGACY OF MARCUS GARVEY

The ‘Negro Moses’ arrived on the scene on August 17, 1887 in the tiny seaside town of St. Ann’s Bay on the northern coast of Jamaica, fifty-three years after slavery was abolished in that country. In his short life Marcus Mosiah Garvey, would go on to become the world’s foremost Pan-Africanist and, in some eyes, the greatest mass leader of the twentieth century.

Award-winning director Roy T. Anderson peels back all the layers in his presentation of this oft-
misunderstood and controversial figure in African Redemption: The Life and Legacy of Marcus Garvey, an 85-minute feature-length documentary-film. Multiple Emmy award-winning actor Keith David (Greenleaf, Mr. & Mrs. Smith, Crash) lends his voice as narrator on the film.

Roy T. Anderson is writer, director and producer of the award-winning films Akwantu: the Journey (2012), on the history of the Jamaican Maroons; and Queen Nanny: Legendary Maroon Chieftainess (2015), his sophomore film which expands on the story of the New World’s first successful freedom
fighters, by shedding light on one of the leading figures in that struggle – Nanny of the Maroons. Roy is a veteran movie and television stuntman/stunt coordinator. During his stellar career he’s performed stunts for Hollywood stars like Will Smith, Denzel Washington, Jamie Foxx, and Morgan Freeman, to name a few; accumulating more than 400 production credits in the process, working on such hits as; Men in Black 3, The Dark Knight Rises, Spiderman 2, Bourne Ultimatum, American Gangster, Wolf of Wall Street; and top rated TV series Blue Bloods, Person of Interest, Elementary, and Gotham. While continuing stunt work, Anderson aims to bring more underrepresented stories to the cinematic landscape through his New Jersey-based production company, Action 4 Reel Flimworks. He has just recently completed docu-film on the life of famed Pan-Africanist Marcus Garvey that is written, directed, produced, and edited by Roy, alongside Emmy-Award winning actor Keith David who serves as the film’s narrator.