A COUNTRY IN MOVING PICTURES / Palabas

An aging Caucasian has a phone conversation with his young Filipina lover who tried her best to win him and persuade to visit her country. During the conversation, he sees her beauty and contrasting social ills surrounding her until the phone is snatched making him witness an unforgettable sight. 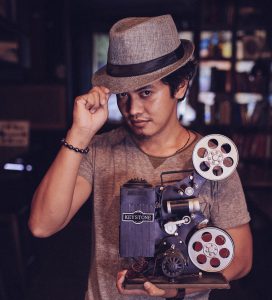 Arjanmar Hernandez Rebeta is a Filipino photographer & filmmaker. He is a recipient of Harvest of Honors by National Commission for Culture and the Arts under the Office of the President of the Republic of the Philippines, Film Ambassador by Film Development Council of the Philippines & Gawad CCP by Cultural Center of the Philippines. He has made several short films. Some of his notable films are Palabas (A Country in Moving Pictures), Viral Kids, Ma-Gulong Sayaw ng Buhay (The Complicated Dance to the Wheel of Life), At Home, Manoy Taghoy (Mr. Whistle), & Habal-Habal (Motorcycle Ride). His films have been selected & awarded in different film festivals in the Philippines and around the world.